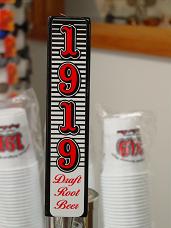 This was the ad from years ago
While you are here, saddle up to the old fashioned soda fountain and enjoy a free glass of 1919 Root Beer on us. Drawn straight from the tap just like the old days.
Free 1919 Root Beer is served at Soderlund Village Drug located in downtown St. Peter, Minnesota.

Drugstore Museum and Free Root Beer
A while back, Bill Soderlund, owner of Soderlund Village Drug, decided to start giving away free 1919 root beer to his patients and customers. The idea really caught on to the point that people tell their friends and relatives to stop by the drugstore when they are in town.
We have had people from as far away as Hawaii stop in for the free root beer and to see the drugstore museum. Many people come just to take their picture while standing at the antique Liquid Carbonic Company soda fountain.
This drugstore museum is well worth seeing. We encourage everybody traveling through the St. Peter area to stop and soak in the nostalgia. See the drugstore museum and have a free glass on 1919 root beer! Hope to see you soon! 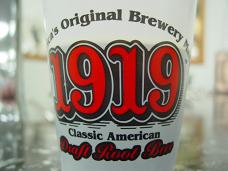 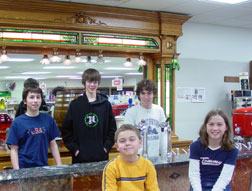 Kids love the free root beer at the soda fountain