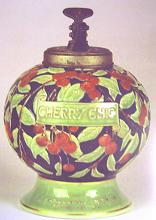 Syrup Dispensers and the Drugstore

When the industrial revolution made its way into the realm of the soda fountain and drugstore of the late 19th century, mass-production of soda syrup became the norm. Mass produced syrups like Ward's Orange Crush, Cherry Smash, Orange Julep and Green River became common in the neighborhood drugstore.

Soda fountain syrup is made with 85% sugar and various kinds of flavoring. The syrup was preservative free because the high concentration of sugar prevented any microorganism from growing. The flavorings were extracted from natural fruits and were of very high concentration. The soda fountain syrup would be squirted into a glass and carbonated water and phosphate was added by the soda jerk. This made a very tasty one of a kind beverage.

Because of the inroads made by the soda fountain syrup manufacturers the pharmacist didn't need to spend time making the syrups from scratch anymore. Various syrup companies began to provide the pharmacist with syrup dispensers free of charge to advertise their products. 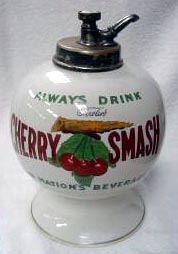 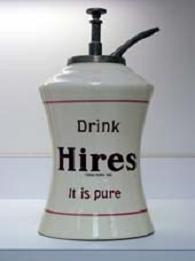